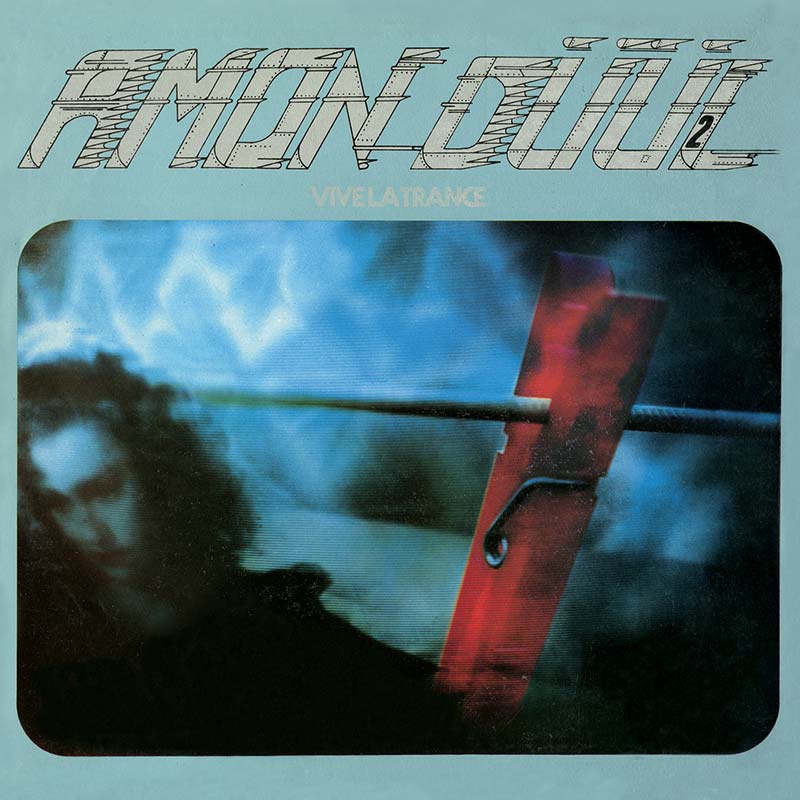 Add all to Wantlist Remove all from Wantlist. Have: Want: Avg Rating: 4. Fingerschlecken gut by arab-on-radar.

Japanese Mini LPs by Internaut. Vinyl Acquisitions by boog Anos 70 - As escolhas de F. Kraut rocks by mansteinsl. My favorite songs by krautman. Rock by Jasonings. A Morning Excuse. Fly United. Apocalyptic Bore. Pig Man. There is a long intro with bongos and rhythmic vocals. Then the band shifts to some very heavy jamming passages accompanied by angry vocals dealing with violence and oppression.

The track drags too Dawning Of The Day - Starcastle - Fountains Of Light in my opinion with not enough of interest to sustain the repetitive fuzzed-out "Freebird" ending but the first half is great. Renate's playful vocal gels well with the punchy play of the dual guitars and rhythm Trap - Amon Düül 2* - Vive La Trance.

It gets knocked around a bit for embracing traditional song structures and perhaps appealing to straights but there's nothing inherently wrong with that. It's not uncommon for bands that spent several albums reaching for the hallucinogenic cosmos to take a break and make a more straight-forward rock album.

Not that this is really "straightforward" for anyone but AD! The question is how well they balance their unique band character with the new approach. I think Amon Duul have succeeded reasonably well in delivering and album that still contains a bit of mind haze, rocks when it needs to, and even embraces some accessible pop music moments.

It's not a masterpiece to these ears but I have to say it is thoroughly enjoyable whether you choose to get "inspired" or not. Just remember, don't take any a-bomb from the dude wearing a Lion costume. Exactly 3. Smiles I'll start by expressing my true affection for nearly everything Amon Duul II has released, regardless of the drastic change in style over the years.

As far as Krautrock goes, they are a sadly overlooked band in the new millenia at least in my musical circle. Vive la Trance is, to me, the most interesting album as a whole from this group, and I never tire of it. From their early days of true psychadelic krautrock, to the pop-rock of their last few albums, Amon Duul II has always had something good to offer just outside the norm Although krautrock might not be the right category for many of their releases, this album has the last remaining elements of the genre that they would release.

It is both bizarre and accessible, catchy and different, and unlike their earlier works notably the first 3 Wrong Things Right - Deez Nuts - Word Is Bondeach and every song has its own unique feel and sound.

Jalousie is a great Jefferson Airplane-esque song with a darker feel. Pig Man is like a Beatles B-side with sax, and Manana reminds me of a beach song. Mozambique is the longest and perhaps the best song, complete with two intros, good song body and an intense, driving ending. The closer, Ladies Mimikry, is the most bizarre of all, changing style and tempo throughout. Vive Trap - Amon Düül 2* - Vive La Trance Trance lives up to its name, with each song having somewhat of a trance quality without being trance music.

It is a fantastic album and always fun. I guess I need to try out Guru Guru and Kraan before espousing some kind of fair opinion on Krautrock. The overall playing is good without being exemplary and the short tunes sort of flow one after the other, with breezy passages loaded with sweeps of schizoid bizarreness, some fine wah-wah guitar riffs from John Weinzierl. The five closing tracks are again short, curt and concise, revealing nothing monumental or breathtaking.

Its just a little too lightweight for my tastes I guess Trap - Amon Düül 2* - Vive La Trance I keep pressing the skip button. Particularly dreadful is "Pig Man", a direct swipe at a rather large West German defense ministersaved only an absurd sax fling. This is an album that simply does very little for me, a perhaps necessary addition to add credibility to my collection but little more. They are certainly deserving of deep respect for starting out a new genre but I will rather stick to my more symphonic German stable.

The preceding Glistening Glyndebourne - John Martyn - Serendipity: An Introduction To . City had shown a turn towards more conventional rock material with art-rock and folk influences. Vive La Trance follows the same way but mostly without the ideas to make it work.

Nothing spectacular but just fine. Jalousie is a very smoky balled with a delicate and very high-pitched vocal from Renate Kaupf. She sounds almost like Kate Bush here. Im Krater concludes the best part of the album with a relaxed instrumental that could have been from Hawkwind. On MozambiqueRenate goes acid-prog-folk again, not a bad tune but it's the last song from the album that speaks to me. After the strong first four songs the album quickly runs out of ideas and the remaining material is of less interest to me as it belongs more to the 70s art-rock school of which I've never been the biggest fan.

With around 15 minutes of fresh ideas this is an average effort from a band in decline. Structurally speaking, this album is finally at the level of other english prog bands during Trap - Amon Düül 2* - Vive La Trance same time The sound is finally clear, instruments are finally mastered by the musicians.

As a result, I completely disagree with other comments "the album quickly runs out of ideas", etc. With "Wolf City", this album is an achievemment over the other albums: not all tunes are perfects, however you can count on some exceptional simple tunes A morning Excuse, Fly united, Apocalyptic Bore, etcwhich makes me think of Pink Flyod in their early days.